Bajay is My Favourite Vehicle


Public Transportation in Jakarta
Nowadays, there are several kinds of public transportation in the city of Jakarta. There are several types of buses without air conditioner, that still operating until now such as Metromini and Kopaja. There is Metromini, the regular bus with the orange colour. There are several buses like Kopaja with the white green colour.  There is also smaller minibus called “Mikrolet” and “Angkot”. Mikrolet & Angkot usually provide for short and medium routes.  Some regular buses are also still operating until now. But some of them have been disappeared because of the transformation in the transportation system in Jakarta.

Today or in the last few years, Jakarta has a better transportation system called transjakarta bus. It is connecting the bus with some fix routes and certain bus stop, also with special way in some roads. Well I think it is a better way to take a city tour, especially for people who come to Jakarta for the first time. The transjakarta bus connected some areas in Jakarta and to the border of Jakarta, Bekasi and Tangerang; also there are special bus to Bogor city. Transjakarta charges around 3500 rupiah for one trip; you don’t have to pay more if you are not going out from the bus station.

Jakarta also has a commuter line train, the train that connects the jabodetabek area from Jakarta, Bekasi, Tangerang and Bogor city. The ticket price is also affordable, less than fifteen thousand rupiah. Compare to the year around 1990s, at that time the public transportations was very limited. People did not have many choices in the past. The problems included the infrastructure, the bus stop, and the number of the bus. It was a familiar view, that we saw buses full of people, like “pepesan” in the slang language.

How I love the bajay
As a local citizen, I usually go to some places by public transportation. Why? Because it usually faster, then I don’t have to drive by myself, release the stress from driving in the traffic jam. Traffic jam can makes me get headache, for sure. Of all the public vehicles, but what I like most is the Bajay, the 3 cycles vehicle that operates in certain areas. It is turn out from the orange typical colour to the blue one with BBG in the last few years. The sound of the blue bajay is not noisy as the orange bajay in the past.


I feel safer inside the bajay, compare to motorcycle, which is a two cycle vehicle. I am a bit afraid my body will touch down the street and get hurt when something happened with the motorcycle. So Bajay is my favourite when I want to go to for the short route.
For the long route, I had better to choose Transjakarta or familiar with “Bus way”. It is more comfortable than that the regular bus. People in Jakarta also have choice to take regular Taxis.

Besides all of that, today we have an online transportation system, for ojek and for taxi. There are several online transportation companies which connect the consumer and the driver. I seldom use this kind of online service, except for certain reason. I will use ojek online if I have to be in some places a.s.a.p, or because of the heavy traffic jam. Sometimes I use online taxi, when I go together with my friends or my family. No doubt that the crimes can happen anywhere at any time. So always be cautious, and be aware in any kind of public transportations.


In the next future, around 2-3 years from now, hopefully Jakarta will have a light rapid transportation system and mass rapid transportation system. The system will connect the Jakarta people from suburban to the heart of the Jakarta city, in a quite big number of passengers. Hopefully, it will be good news for all, includes for the tourists who wants to see around Jakarta.

So what do you think about public transportation in Jakarta? Tell me about your favourite vehicle.
Please give your comment here, I will visit back your blog 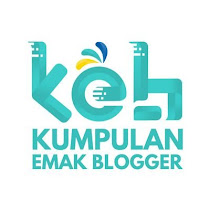 It is not allowed to copy the text and photographs for commercial purposes without permission.